The Toronto Raptors got another big lift from their bench and won consecutive games for the first time this season.

Norman Powell led the Raptors with 24 points, and Boucher added 20 points and nine rebounds. Both came off the bench.

“I think we’re starting to understand what we have to do,” said Powell, who played 28 minutes and made six 3-pointers. “Guys are getting more comfortable with the flow of the game. That’s what you try to do early in the season.”

Gordon Heyward scored 25 points and Terry Rozier added 24 for the Hornets, losers of three straight, two of them against the Raptors in the last three nights. P.J. Washington finished with 14 points and 12 rebounds, and Devonte Graham had 20 points and seven assists. 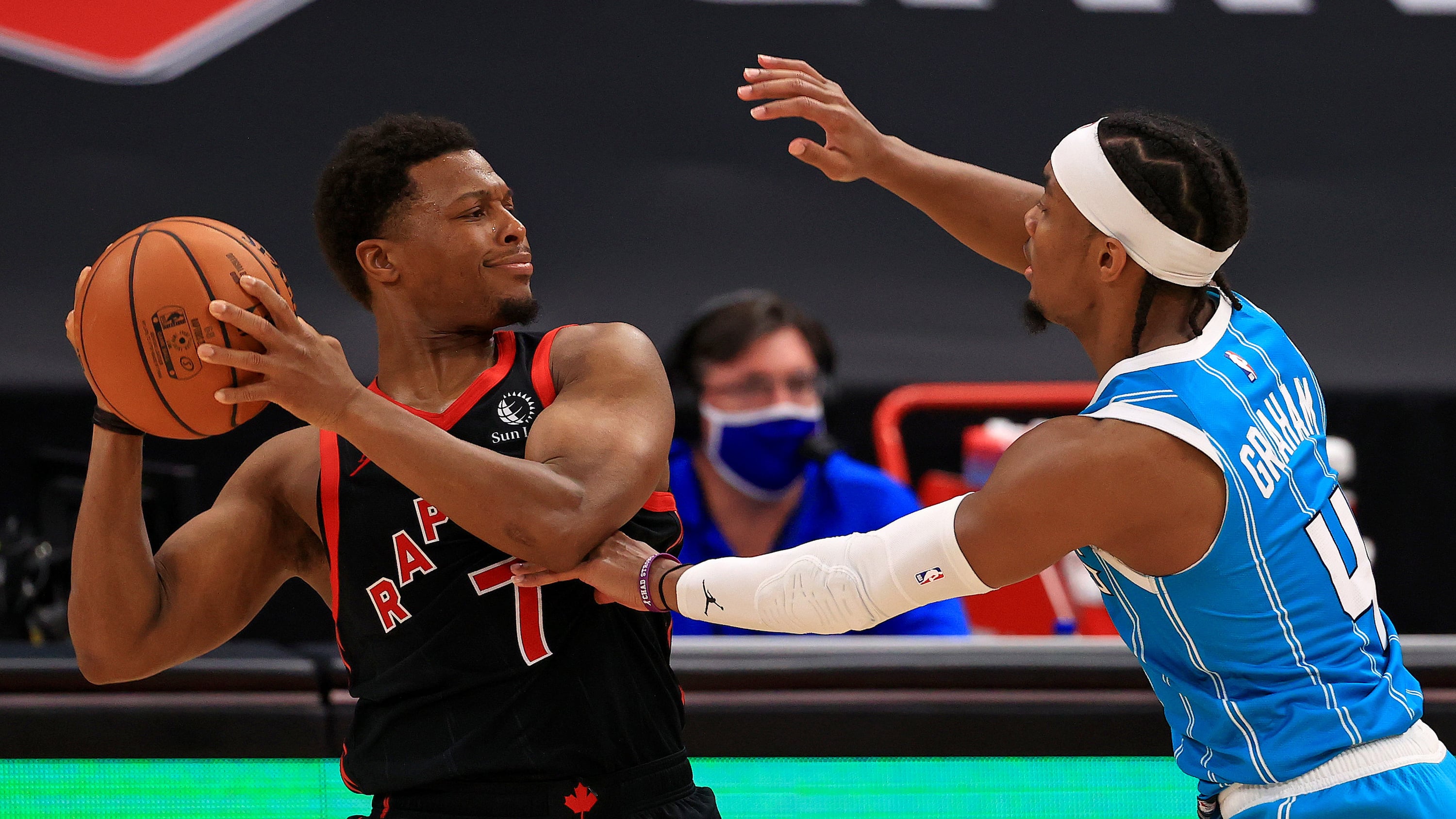 The Hornets had a chance to tie or take the lead but were called for a 24-second violation with 14.8 seconds left.

After missing eight of their first nine shots and falling behind 14-2, the Raptors got the 3s to drop, as seven players hit 13 from long distance in the first half. They finished 21 for 49 from behind the arc and shot 41.9% overall after starting each half 1 for 9.

“We’re probably thinking too much a little bit. We’ll figure it out,” said starting forward OG Anunoby, who had 18 points and five rebounds.

The Raptors led by 12 points before the Hornets finished the half on a 14-4 spurt, trimming Toronto’s lead to 66-64 on Rozier’s 34-foot buzzer-beating shot.

Heyward scored 21 points in the first half on only eight shots.

Graham and Bismack Biyombo scored the first nine points of the second half for Charlotte. Then Boucher, Toronto’s hottest player, was called for his fourth personal foul with 7:40 left in the third quarter.

Boucher sat out the rest of the period, but provided the Raptors with a big defensive and rebounding boost in the fourth quarter.