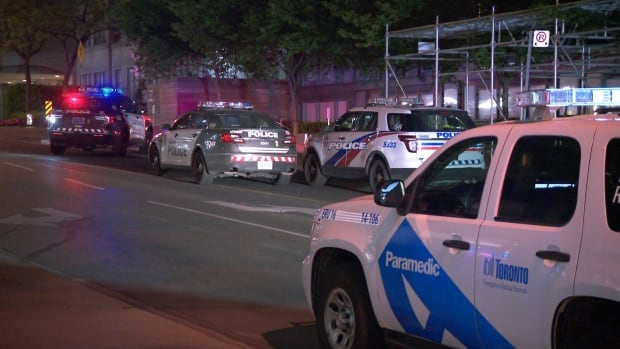 Ontario’s police watchdog is investigating after a violent altercation between Toronto police officers and a man “in mental distress.”

According to the Special Investigations Unit, police were called by paramedics to a condo at Yonge Street and Merton Street, just north of the Mount Pleasant Cemetery, at 8:30 p.m. to assist them with the man in distress.

Per the SIU release, police found a man in the hallway with a knife who “approached an officer and began stabbing.”

It is unclear from the release whether the man in the hallway is also the man who paramedics sought assistance with. A spokesperson for the SIU has not yet responded to a request from CBC News for clarification.

However, based on information gathered so far, the SIU says the officer who was stabbed and another responding officer both fired stun guns at the man but “this proved to have no effect.”

At that point, the SIU says, the second officer fired his gun once, striking the man in the hallway. He was taken to the hospital, where he later died.

Four officers, including the one who was injured, were also taken to the hospital.

A spokesperson for the Toronto Police Service said he couldn’t say more as the SIU has taken over the investigation.