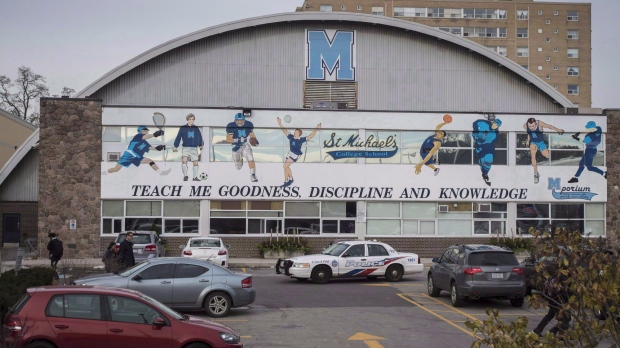 The incidents occurred at St. Michael’s College School in October and November 2018.

A former teammate of a teen accused of sexually assaulting two students at a prestigious Toronto school is set to continue testifying in virtual court today.

On Thursday, court heard two former teammates say they saw the accused participate in a sexual assault against a student on Nov. 7, 2018.

No young person can be named due to provisions in the Youth Criminal Justice Act.

This report by The Canadian Press was first published Feb. 5, 2021.