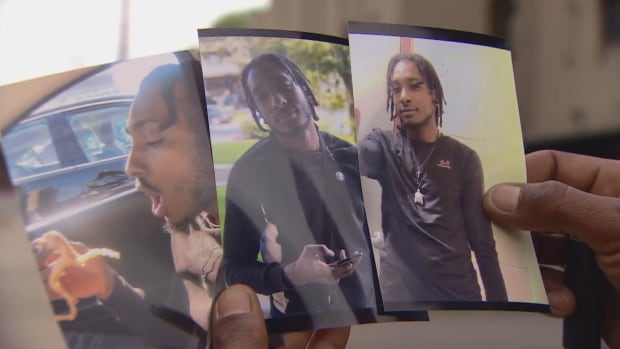 The men, both 20 years old, were arrested by Montreal police and transferred into the custody of the Toronto Police Service, according to a news release issued Sunday. It did not specify when the pair were arrested.

They already appeared in an Ontario Court of Justice and will remain in police custody, the release said.

Williams was fatally shot in the area of Lotherton Pathway and Caledonia Road in north Toronto on June 19, Father’s Day. The 24-year-old was an aspiring musician, his family told CBC News shortly after his death.

Police said at the time that four people were seen speeding away from the scene of the shooting in a beige-coloured Chevrolet Equinox. The police news released published Sunday made no mention of any additional suspects in the case.

The weekend Williams was killed saw six separate shootings across the city. Williams and another man were left dead, while two teen boys were critically injured.