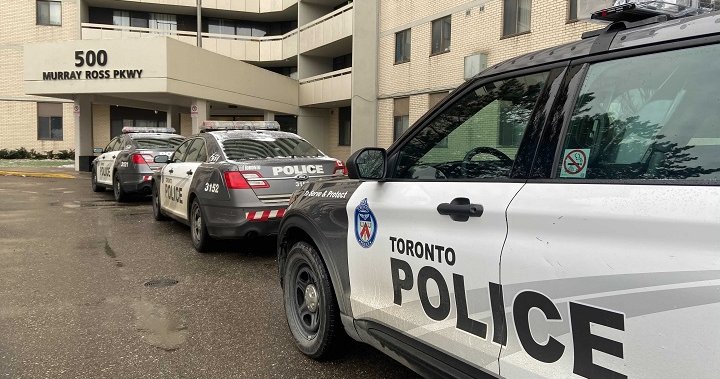 Toronto police say they are investigating after a woman’s body was found in an apartment building Thursday night.

Police said officers responded to a medical call at 9:41 p.m. in the area of Murray Ross Parkway and Sentinel Road.

Officers arrived on scene and found a woman suffering from injuries. She was pronounced dead on scene.

Police said the homicide was called in and took over the investigation.