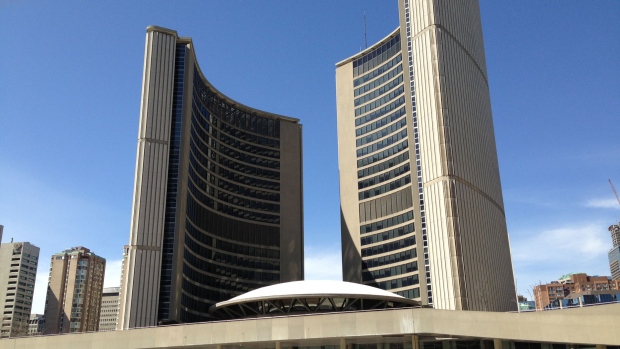 TORONTO — The federal government will invest $18 million in a series of initiatives aimed at supporting Toronto’s economic recovery.

Minister of Economic Development and Official Languages Mélanie Joly made the announcement during a press conference in the Distillery District on Tuesday morning.

She said that the federal support will be conveyed over the three years and will go toward a number of programs, including CafeTO, the Main Street Innovation Fund, a grant-based initiative for the rehabilitation of vacant commercial spaces and a new program called plazaPOPS which will transform 15 underutilized strip mall parking lots into “ green community gathering spaces” in an effort to boost foot traffic to local businesses in the inner suburbs..

The federal funding will also allow the Black Business and Professional Association to provide needed assistance to 40 Black and Caribbean-owned businesses in Little Jamaica as that neighbourhood continues to be negatively affected by the construction of the Eglinton Crosstown.

“This is good news for Toronto and my message to you is we’ve been here since the beginning of the pandemic and economic crisis, we’re here now with support and we will be there in the future,” she said, choosing to speak directly to Toronto businesses. “We’ve got your back and will continue to do so.”

The programs that will receive the federal funding are all part of Toronto’s Main Street Recovery and Rebuild Initiative (MRRI), which Joly said is perhaps “the best plan” to revitalize downtown cores post-pandemic that she has seen.

She said that the money will support 3,300 businesses and protect 5,700 jobs while “making sure that Toronto is able to be back on the road to recovery.”

“Canada has an economic engine and as much as sometimes people don’t like it, it is the City of Toronto which represents almost 20 per cent of the entire economy of the country so as we can recover, as Montreal can recover, as Vancouver can recover and all the other big cities that’s going to help us to have a strong and robust recovery for all of Canada,” Mayor John Tory said following the announcement.

In addition to the $18 million investment, the federal government will also contribute $1 million to Destination Toronto’s ShowLoveTO campaign, which will be focused on encouraging Torontonians to support local businesses as the economy reopens.