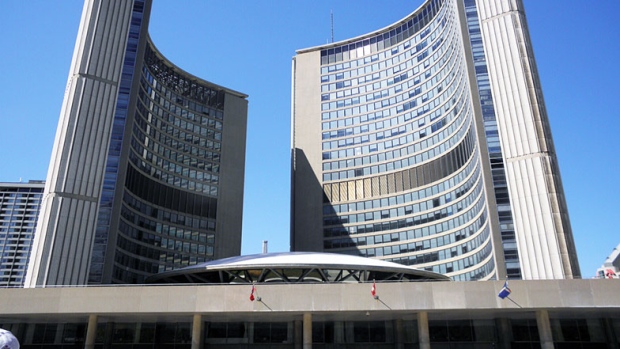 TORONTO — Negotiations are continuing today to avert a work stoppage involving the city’s outside workers that could begin as early as midnight.

The city requested a no-board report from the Ministry of Labour earlier this month, effectively paving the way for a work stoppage that would result in the suspension of garbage collection east of Yonge Street and the closure of recreation centres and rinks city-wide.

Negotiations between the city and CUPE Local 416 resumed on Feb. 18 and are expected to continue throughout the day in the lead up to a 12:01 a.m. deadline when both the union and the city will enter into a legal strike/lockout position.

For its part, the union has said that they are not interested in walking off the job and have suggested that any work stoppage will be the “direct result” of actions by the city.

The city, meanwhile, has said that the union is seeking to extend a job security provision that they agreed to put a “sunset clause” on in the last collective bargaining agreement.

The provision, which the city calls “jobs for life,” states that any employee with 15 years of seniority cannot lose their employment “as a result of contracting out or privatization.”

The city says that under the last agreement signed in 2016 all employees with less than 15 years seniority as of Dec. 31, 2019 were supposed to no longer qualify for protection under the clause, something that it says the union is now backtracking on.

“We are not asking for anything different on jobs for life, just to keep with what was agreed to and what was ratified by the membership of CUPE 416 four years ago,” Mayor John Tory said at a press conference earlier this week. “We have made it clear to the bargaining team that we will not be going backwards on jobs for life.”

If there is a work stoppage involving members of CUPE Local 416, it will likely have a significant effect on city services.

The city has said that it will get management and non-union staff to fill in some gaps but it says that those employees only make up about 15 per cent of its workforce and will be only be able to deliver “critical services.”

In a notice sent to parents, the Greater Toronto Hockey League said that the closure of City of Toronto facilities would have a “major impact” on its house league and select programs, the majority of which “operate solely” in facilities that would be shuttered by a work stoppage.

The GTHL said that its competitive programs (A, AA and AAA) have about 30 per cent of their games in facilities that would be affected.

In the event of a work stoppage, it said that it would work to relocate playoff games in those leagues to municipal facilities in Mississauga, Vaughan, and Markham that it has access to.

CUPE 416 represents about 5,000 outside workers, including paramedics, garbage collectors, and park staff.

The union has been without a contract since Dec. 31.