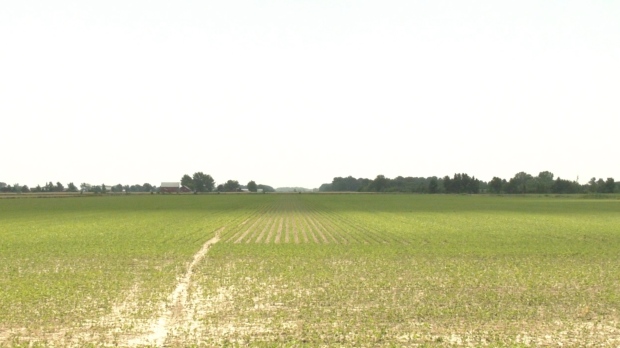 WINDSOR, ONT. — Mayors and health care leaders from Windsor-Essex are calling on upper levels of government to take a bigger leadership role to coordinate and escalate COVID-19 testing efforts in the agri-food sector.

The collective call for action was loud and clear: more testing and more provincial and federal leadership is required to gain control of the situation.

“We need proper leadership on the ground that can coordinate a proper response and bring everyone together as quickly as possible,” said Windsor Mayor Drew Dilkens.

To date, roughly 800 workers in the agri-food sector have tested positive for COVID-19 since the onset of the pandemic. But officials believe that number would be a lot higher if the frequency and rate of testing was increased to all farms, with only 19 of 176 area farms participating in on-site testing.

A two-person team from Emergency Management Ontario was called in July 1 to help provide a level of coordination in the testing and isolation process of agri-food workers, but everyone on the panel discussion agreed that the team needs to take a bigger leadership role.

“I understand their fear,  but there needs to be either some kind of carrot, or a stick, to say you have to have your farm tested,” says MacDonald, adding it should be a condition of employment.

“It’s a prickly issue and no one seems to want to take that on. But someone needs to,” MacDonald says. “If we don’t get somebody to do this, we’ll just keep going round in circles, on and on and on, and we’ll never get there.”