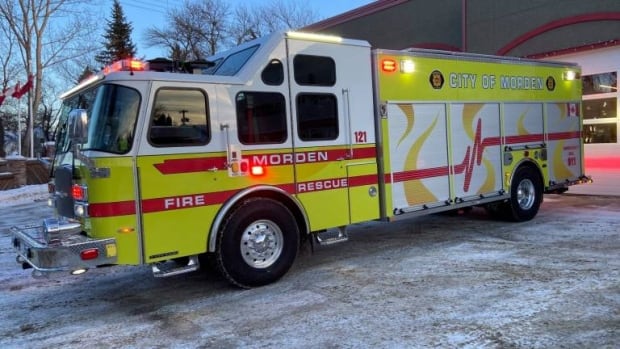 Two people are dead after a fire broke out at their home in Morden early Thursday morning, police say.

Police responded to a report of a fire at a home in the Manitoba city, roughly 100 kilometres southwest of Winnipeg, around 4:15 a.m., the Morden Police Service said in a social media post.

Once crews put out the fire, they found the home’s two residents dead.

The cause of the fire hasn’t been determined yet, the post said.

That blaze broke out a few hours after another deadly house fire in the community of Sanford, Man., about 70 kilometres northeast of Morden.