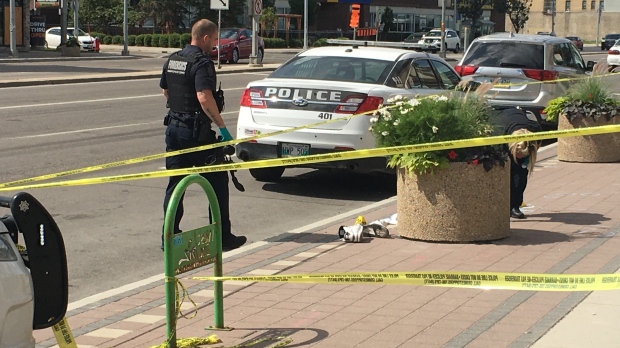 WINNIPEG — Three people were injured in a shooting at a Downtown Winnipeg bar early Saturday morning.

Winnipeg police were called shortly after 1 a.m. to a bar on Portage Avenue near Langside Street. When officers arrived on scene, three people were found with injuries.

The forensics unit could be seen working along the street for most of the morning. A section of the sidewalk was taped off with evidence cones and chalk drawings inside.

On Saturday night, police told CTV News that two people remain in hospital, while one has since been released.

No arrests have been made at this time, and police said they are looking for suspects.

Anyone with information is asked to contact the Major Crimes Unit.

-With files from CTV’s Stephanie Tsicos

This article orginally said the incident happended on Main Street and Higgins Avenue.