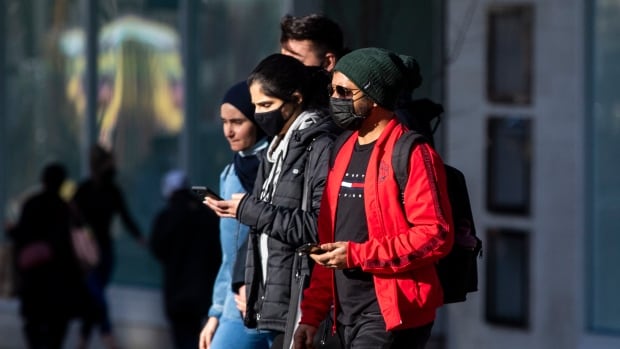 There are 50 new COVID-19 cases in Manitoba on Sunday and two more people have died after getting the illness, the province says in a news release.

Manitoba’s five-day COVID-19 test positivity rate is still 3.7 per cent, the release says, while Winnipeg’s dropped to 2.7 per cent from 3.2 on Saturday.

The deaths announced Sunday are both in the Winnipeg health region: a man in his 80s and a woman in her 90s.

There are now 192 COVID-19 patients hospitalized in Manitoba, up by three since Saturday. Twenty-six people are in intensive care, down by one.