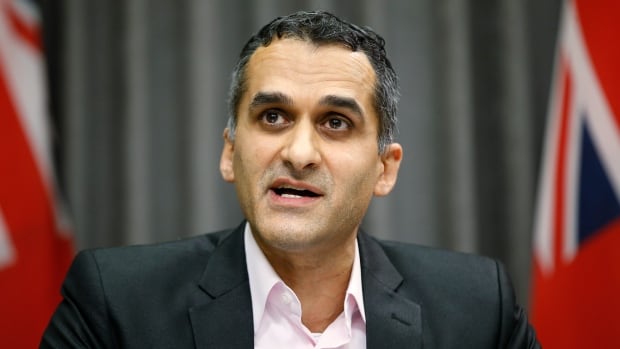 Seven more Manitobans have died from COVID-19 and 130 new cases were announced in the province Tuesday.

The latest deaths include four connected to care home outbreaks:

The other deaths announced Tuesday include a woman in her 60s, a woman in her 70s and a man in his 70s, all from the Winnipeg health region, the province said in a Tuesday afternoon news release.

There have now been 695 deaths from COVID-19 in Manitoba.

“There’s more than one indicator showing that we are headed in the right direction,” said Dr. Jazz Atwal during a COVID-19 briefing with reporters on Tuesday.

A total of 339 people are in hospital with COVID-19, including 96 who are no longer considered infectious but still need care. Of the 40 people in intensive care with COVID-19, 35 are still infectious.

“We still need to continue to have those numbers come down. We have to remember that the hospitalizations don’t peak and correlate with cases until 10 to 14 days after a case develops,” Atwal said, adding that there was less testing done over the holidays.

Another 1,264 COVID-19 tests were completed in Manitoba Monday, bringing the total since early February to 428,753.

The province is currently reporting 4,427 known active COVID-19 cases in Manitoba, but health officials have previously said that number may be inflated due to backlogs in data processing.

A COVID-19 outbreak has been declared at the WRS3 unit at the Health Sciences Centre in Winnipeg, the province’s news release said.

That unit has been moved to the red, or critical, level of Manitoba’s pandemic response system, the province’s news release says.

Outbreaks have also been declared over at Morris General Hospital, the rehabilitation and surgery unit at Boundary Trails Health Centre near Winkler, and the Northern Lights Manor in Flin Flon.

The province also announced Tuesday that it has opened immunization to more health-care workers.

Manitoba health-care workers who work directly with patients in a designated COVID-19 hospital ward, correctional facility, or a laboratory handling COVID-19 specimens can now arrange immunization appointments, regardless of age.

The province had previously placed age restrictions on which health-care workers could register for the available COVID-19 vaccine.

Manitoba has now received 7,300 doses of the Moderna vaccine — the second to be approved for use in Canada, following approval of the Pfizer-BioNTech vaccine.

Of those, 5,300 Moderna doses are earmarked for First Nations in the province, the provincial government said in a Tuesday vaccination update.

Nearly half of the currently reported active COVID-19 cases in Manitoba are now linked to First Nations people, according to the latest bulletin from the Manitoba First Nations COVID-19 pandemic response co-ordination team.

First Nations are deciding how to roll out the vaccine in their communities, Atwal said.

The other 2,000 doses of the Moderna vaccine will be used to launch a COVID-19 immunization campaign at personal care homes next week, the vaccine bulletin said.