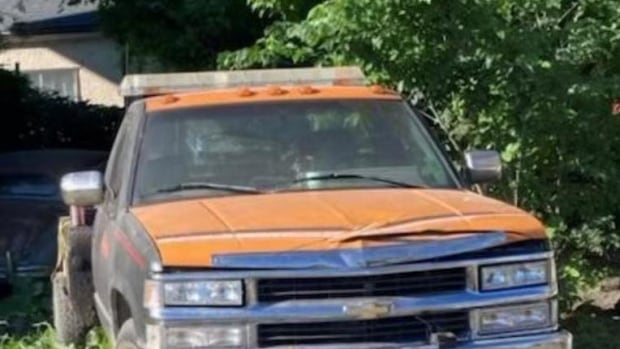 An 82-year-old man who died after being hit by a truck on Tuesday was trying to stop a break-in when he was killed, Winnipeg police say.

George Birch tried to intervene as the break-in unfolded at a business in the area of Logan Avenue and Tecumseh Street around 8:20 a.m., the Winnipeg Police Service said in a news release on Wednesday morning.

He was hit with an orange truck as the driver took off from the scene, police said.

A 22-year-old Winnipeg man has since been detained. He was charged with manslaughter, breaking and entering and failing to stop after an accident resulting in death, police said.

Police had asked Tuesday for help finding the truck and for information about what happened.

At the time, they only said the vehicle had been involved in a collision that saw an 82-year-old pedestrian rushed in critical condition to hospital, where he died.

Later Tuesday, police announced they had found the truck.