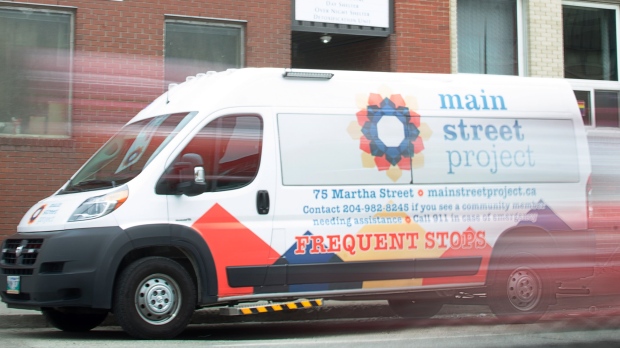 WINNIPEG — Allegations of ‘financial irregularities’ at Main Street Project have been substantiated, according to a new report from Manitoba’s auditor general who is calling for some changes at the not-for-profit organization.

The investigation, which was requested by the finance minister, looks into multiple allegations including that credit card use was not in compliance with policy, that there were inappropriate travel expense claims made, and that the former executive director filed claims with two funding agencies for the same costs.

Shtykalo said he confirmed these allegations and makes 12 recommendations for the Main Street Project.

“Main Street Project serves an important role in our community,” Shtykalo said in a news release. “It is my hope that the 12 recommendations in this report will help improve the organization’s performance, so it can continue to focus on helping those in need.”

The recommendations include maintaining accounting records, monthly reviews of bank reconciliations, ensuring credit cards are only used when necessary, and having clearer guidelines for employee credit card policies.

Following the release of the report, Vince Warden, Board Chair of the Main Street Project, thanked the auditor general for the report.

“(Main Street Project) has gone beyond the recommendations in the report and has undertaken a comprehensive risk review to ensure that it is complying with best practices in every aspect of its operations.”

He said Main Street Project is in the process of updating its five-year strategic plan and is looking for input from partner agencies and stakeholders.

The full report, along with the 12 recommendations from the Auditor General, can be found here.