Manitoba once again loosened its pandemic rules on Friday, making way for group fitness classes and household bubbles and allowing all but a few businesses to reopen with restrictions.

For now, those amenities will only be reopening at three of the organization’s four sites — with those features at its downtown location staying closed for now — as management works to bring back and train staff on new protocols. People will need to pre-book their slots to make sure there are no capacity issues, Whalen said.

“There’s been some restrictions and it hasn’t been easy with everything our members have had to do,” Whalen said Friday.

“But they’ve been really, really understanding and it’s been great to have everybody back. It just lifts the staff’s spirits to see them.”

While some sense of normalcy might be returning to places like gyms, things are likely to still look a little different for a while. At the YMCA-YWCA, for example, only every third locker will be available to use so people have space to physically distance themselves from each other, Whalen said.

On top of staff cleaning locker interiors and handles hourly, anyone using the lockers will get a magnet when they come in that they’ll be told to leave on their locker when they’re done — letting staff know it needs to be disinfected.

The one thing that may not come back for a while is the organization’s status as a community hub. For now, people will only be allowed inside if they’re there to participate in an activity and they’ve made an appointment, Whalen said.

Jim Llewellyn, who owns Coronation Bowling Centre, was also excited to welcome people back into his business on Friday for the first time in months.

“It’s like the first day of school,” he said. Some Winnipeggers took advantage of the easing of COVID restrictions by enjoying some of their favourite recreational pursuits. 2:37

Llewellyn said he took on debt so his bowling alley could make it through the pandemic, and he’s hopeful the rules will be relaxed even more by the time his busy season starts in September.

For Annette Bonomo, a senior who relies on bowling to stay active, it was a relief to get back to the lanes.

“I’m so happy. I’m not going to cry, but almost,” she said after bowling a double. “It’s something to look forward to when you get up in the morning.”

Indoor recreation sites like gyms and pools are now allowed to operate at 25 per cent capacity with physical distancing measures in place for spectators, locker rooms and common areas. People will still need to wear masks inside while exercising for this round of public health orders, which will stay in effect until March 25.

Indoor theatres, concert halls, casinos and bingo halls were not included in this round of eased restrictions and aren’t yet allowed to open to the public.

“[Even] with improved case numbers and increased vaccination amongst Manitobans, we need to remain vigilant,” he said.

“Later in March, we will evaluate whether we stay at this level or make other moves to reopen. It’ll all depend on how Manitobans did and what our data shows.” 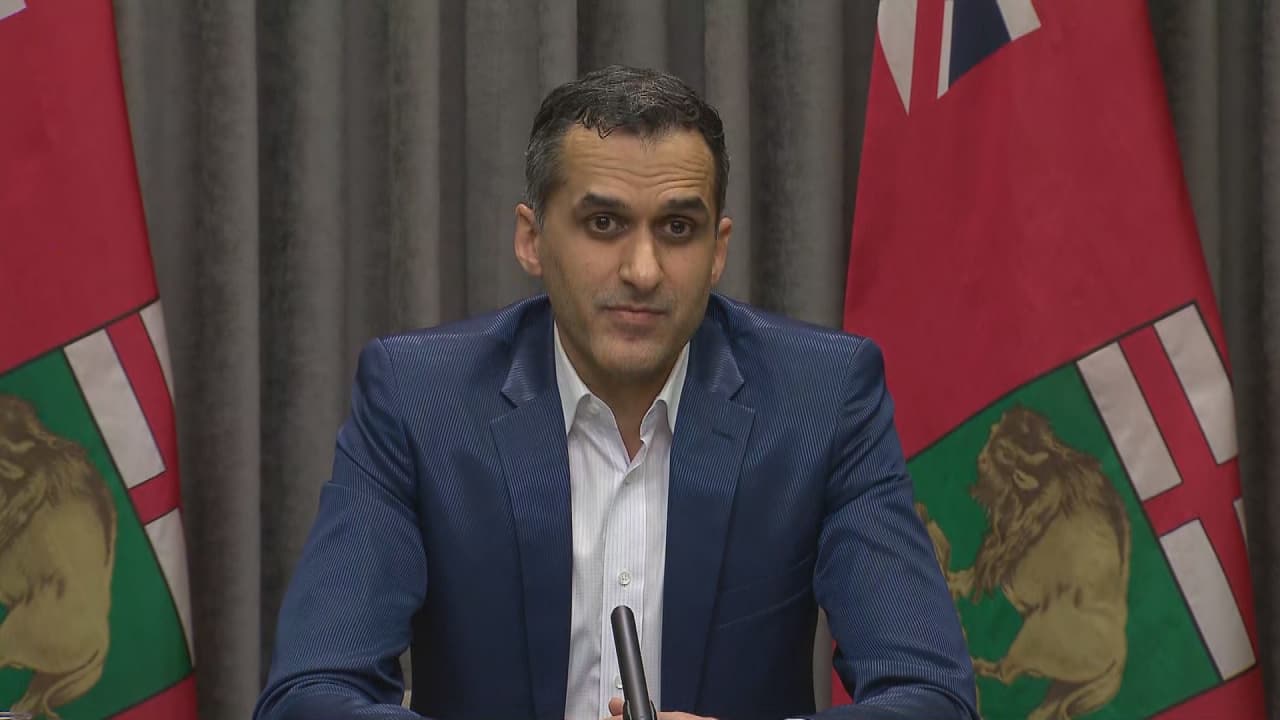 Under the latest rule changes, restaurants are allowed to expand to 50 per cent capacity as long as tables are separated and limited to people who live together.

While the onus is on restaurants to make sure people follow that rule, they no longer need to check IDs — just getting patrons to sign a statement promising they are from the same household is allowed under the new rules.

Doug Gunn said while the changes make him feel hopeful, he lives alone — so what he’s really looking forward to is being able to go out to eat with another person instead of just dining by himself.

There might be only one thing he wants more: a COVID-19 vaccine, which the province said on Friday it expects will happen for the 68-year-old in April.

“The faster, the better,” he said.

And while some things aren’t back to normal yet, the latest rule changes still provide a glimmer of hope for Manitobans who have been cooped up and away from friends and family all winter, said Keera Lyall.

“We’ve been stuck inside for so long. It’s like our freedom is back,” she said. “I see a bright light at the end of all of this.”