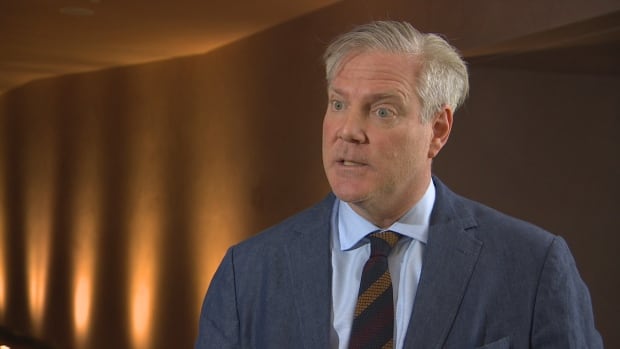 The president and CEO of the Canadian Museum for Human Rights will resign immediately, the museum’s board of trustees announced Thursday evening.

John Young had previously said he would step down at the end of his term in August.

The resignation is directly related to recent allegations from current and former staff members of racism, discrimination and sexual harassment at the national museum in Winnipeg.

Those allegations were “not properly escalated to the board of trustees,” board chair Pauline Rafferty said in a Thursday news release from the museum.

“Now that we have a more complete understanding of these events, we are taking immediate action and will undertake long-term steps to address these issues,” Rafferty said in the release.

The release said both the board and Young “have agreed that it is in the best interest of the museum that he step down.”

“We will act quickly to improve museum processes and our policies and to rebuild relationships and trust with our staff and those we have let down, especially the Black and Indigenous communities, people of colour and LGBTQ2+ communities.”

Rafferty will act as interim CEO until someone is selected to fill the position.

In recent weeks, current and former CMHR employees have come forward saying they were subjected to racism from other staff members and the public; that staff members’ reports of sexual harassment by a colleague were dismissed by the museum; and that staff were told to hide LGBT content at the request of some guests.

An external, third-party review of the policies, practices and workplace culture at the museum is already underway in order to investigate claims of systemic oppression, Thursday’s news release said.

The review will focus on the claims of racism and discrimination, as well as censorship of LGBT content. Findings and recommendations should be received by July 31.

Once that is completed, a followup review will take place to speak with other current and former museum staff about their experiences.

The board chair said the museum will work to hear and address the concerns of staff.

“We understand that we have work to do now,” Rafferty said in the release.

“We know the past two weeks have been difficult for the museum’s staff and volunteers, its members, donors and the community — and we apologize for that,” she said.

“We recognize that we need to hold ourselves to a higher standard.”