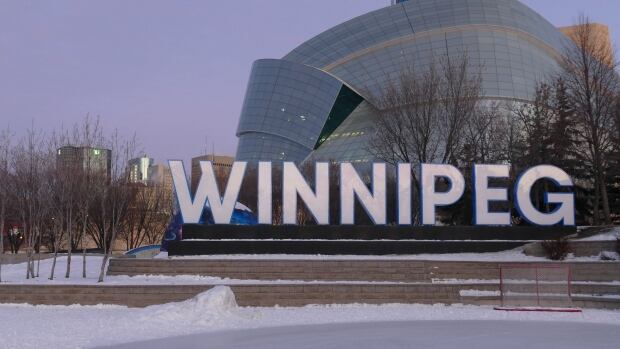 It has nearly been a year since COVID-19 hit Manitoba, and the City of Winnipeg will be holding a memorial in honour of the hundreds of citizens who died from the illness.

Manitoba reported its first cases of COVID-19 on March 12, 2020 — one day after the World Health Organization declared a global pandemic. Since then, 904 Manitobans have died from the illness, including 640 people in the Winnipeg health region, as of Friday.

To commemorate those who died, the city will be set up a temporary candlelight memorial next weekend in front of the Winnipeg sign at The Forks.

“As a result of the provincial public health orders, many Winnipeggers were restricted from being by the side of their loved ones in their final days,” Mayor Brian Bowman said in a news release Friday.

“It is heartbreaking to think of how that impacted so many in our community. I hope this small gesture of support will provide some measure of solace to those who have lost loved ones knowing that Winnipeggers share the sorrow they feel.”

Candles for each Winnipeg resident who died from COVID-19 will be placed at the temporary memorial, from March 11-14. The Winnipeg sign will be dimmed for the four days the memorial is in place, the release said.

People working at The Forks will help set up candles, it added.

The Canadian Museum for Human Rights will also be lighting its tower blue from March 11-14 to pay tribute to health-care workers in Winnipeg, the release said.