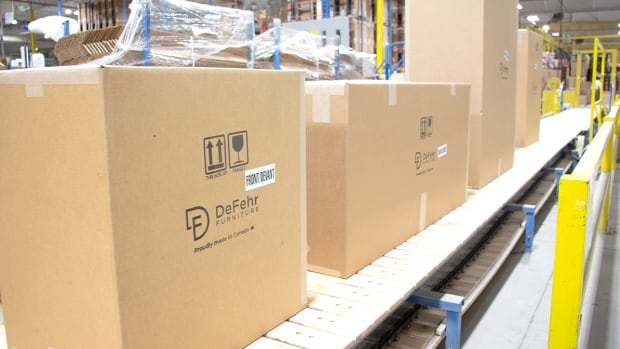 Winnipeg’s DeFehr Furniture will close down its production facility in the city in August, leaving more than 200 employees without a job, the company announced Wednesday.

The production facility at 125 Furniture Park, in northeast Winnipeg, will officially shut down on Aug. 10.

The decision was the result of severe supply chain disruptions and challenges in sourcing raw materials over the last two years, which resulted in price increases that were passed along to customers, the company said in a statement, dated May 4, posted to its website.

The company has a skilled workforce of 224 people who will be affected by the move, the statement said.

DeFehr plans to offer support for those workers and will honour all existing obligations to its suppliers and customers, according to the statement.

DeFehr has been in business for more than 75 years, according to its website.

It closed down its plants in Morden, Man., and on Pandora Avenue in Winnipeg in 2008, to consolidate its manufacturing operations at the Furniture Park site.