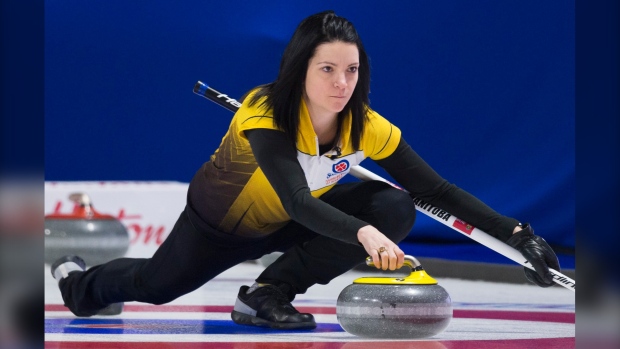 Einarson made a hit for two points in the 10th end for the victory to move into a first-place tie with Alberta’s Laura Walker at 3-0 in Pool A.

Canada’s Chelsea Carey needed an extra end to get by Quebec’s Noemie Verreault 9-7. Carey was tied with McCarville and Saskatchewan’s Robyn Silvernagle at 2-1 after six draws of round-robin play.

Two more draws were scheduled for later in the day at Mosaic Place. Preliminary round-robin play continues through Wednesday evening.