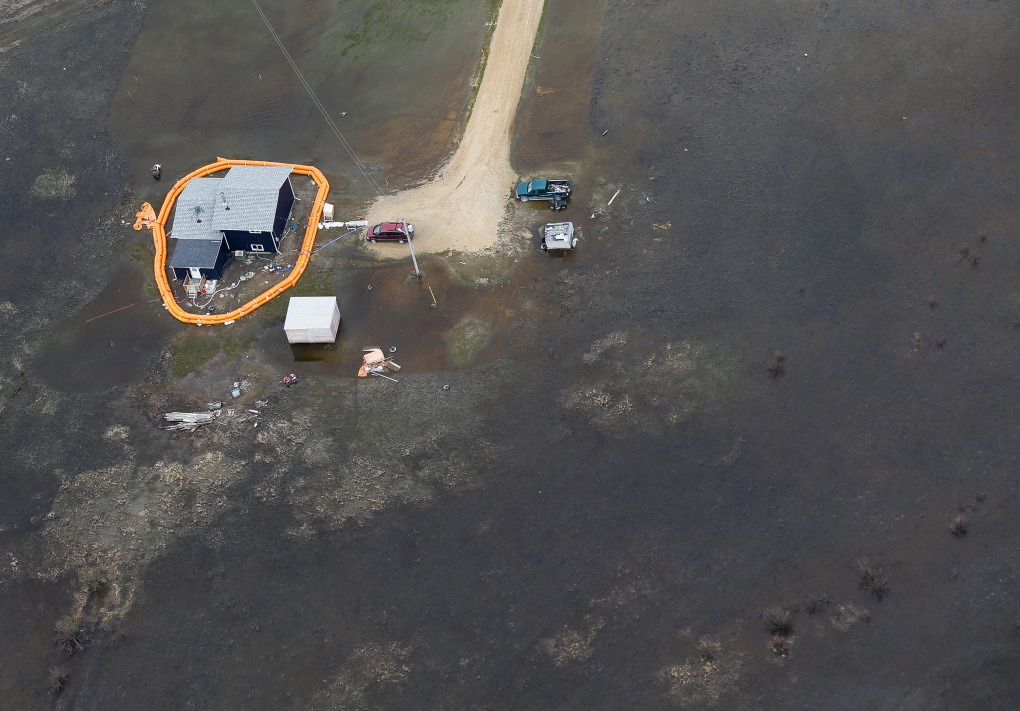 Manitoba First Nations leaders are calling on the provincial and federal governments to collaborate and end flooding in Peguis First Nation.

Speaking to reporters on Friday, Peguis Chief Glenn Hudson and Grand Chief Jerry Daniels of the Southern Chiefs’ Organization, called on the two levels of government to invest in permanent infrastructure to keep the community safe from flooding.

“This issue surrounding flooding at Peguis First Nation has to come to an end, in terms of our people being impacted by high waters,” Hudson said.

This year, the Fisher River overflowed its banks, flooding Peguis First Nation and forcing the evacuation of more than 1,800 people from the community. Many are now in Winnipeg, Brandon and other communities until the water recedes and it is safe for them to return home.

“Our citizens shouldn’t be staying in hotel rooms here in Winnipeg, and should be given the opportunity to start to protect ourselves going forward for many, many generations, and not simple Band-Aid solutions,” Daniels said.

Hudson said earlier this month that this year’s flooding in Peguis First Nation is the fourth major flood in the past 12 years.

He is demanding help from the province to improve roads and drainage in the region.

During a Friday morning announcement, Saint Boniface MP Dan Vandal said the federal government is in constant communication with Peguis. He said he spoke with Hudson last week on flood mitigation planning, and asked Hudson to share plans with his office.

Vandal added, “It has happened too often in the past, and we need to find a remedy in partnership with the First Nation and the province.”