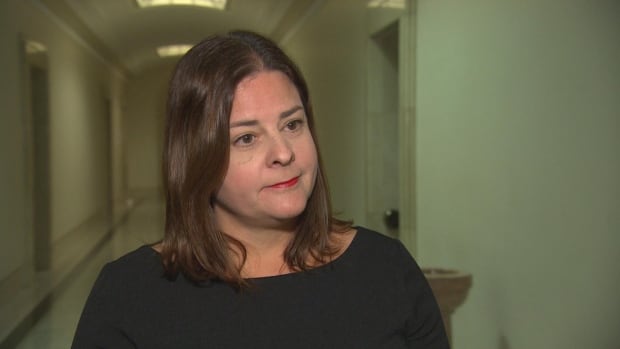 The Progressive Conservatives have a new health minister to take the lead on the pandemic that has sunk the popularity of Brian Pallister’s government.

Heather Stefanson will take over the health and seniors portfolio from Cameron Friesen, who is the new justice minister and attorney general.

Pallister made numerous changes to his inner circle with a swearing-in ceremony on Tuesday morning.

Cliff Cullen will become education minister, moving from the justice portfolio now given to Friesen.

Cullen is replacing Kelvin Goertzen, who will now run the new Department of Legislative and Public Affairs. He will also be the new deputy premier, a role Stefanson once held.

Rochelle Squires will lead the Families Department. She will retain her role as the minister responsible for francophone affairs.

Ralph Eichler has been appointed minister of economic development and jobs.

Read the previous story below:

This will be the first cabinet shuffle since the COVID-19 pandemic began.

The swearing-in ceremony is set to take place at 11 a.m. Pallister will speak to reporters at 1 p.m., while new ministers will speak at 2:30 p.m., says a news release from the province.

Media aren’t allowed to attend the swearing-in ceremony but the province is live streaming it on its YouTube channel:

The premier has been suffering his lowest approval ratings since he took office in 2016, and his government has been under intense scrutiny over its handling of the pandemic.

The future of Health Minister Cameron Friesen has also been the subject of speculation.

Friesen was absent from news conferences for more than a month when the province had some of its worst COVID-19 case counts and double-digit deaths almost every day.

He participated in a COVID-19 briefing on Dec. 21, after Pallister said he was thinking about appointing a second health minister to ease the workload during the COVID-19 pandemic.

Even without a pandemic, the department is the government’s largest, Pallister said.

Some provinces already have two health ministers. For example, in Ontario, one is dedicated to long-term care, while in British Columbia, one is focused on mental health and addictions.