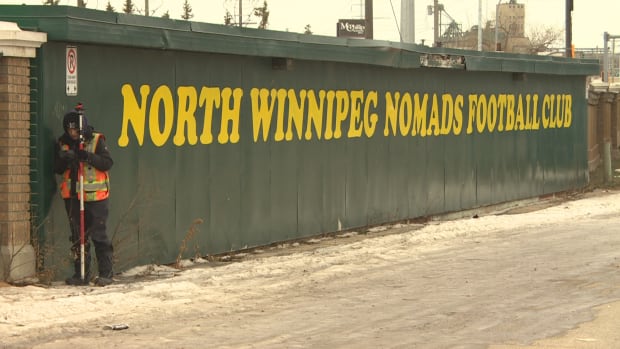 Police officers and city staff working in Winnipeg’s North End can finally look forward to a place to work that isn’t as old and decrepit as the station at 260 Hartford Ave.

City council voted unanimously on Thursday to approve a new North District station on a piece of property at the Old Exhibition Grounds.

The cost is estimated at $23.4 million, with additional debt financing of $2.3 million.

The old station on Hartford has been plagued by pests such as rats, is too small for current needs and is completely out of date, the police service has said.

The plan will also see the city tear down a building it owns on 100 Sinclair St., at the Old Ex Grounds, which currently houses the administrative offices of the Winnipeg Aboriginal Sport Achievement Centre.

Those would be moved to a redeveloped Old Ex building, where the centre already runs its programming.

Savings from the revised site design, and not having to purchase private land for the police station, are expected to amount to $5.93 million, which will be used for the refurbishment of the Old Ex building.

Plans for a new North District station have been in the works for years. The Old Ex site was originally favoured by the public service as the optimal location, but the design would have meant pushing out the North Nomads football club and others who use the facilities on the property.

The new station can be built without driving sports teams from the nearby fields, a report delivered to the city’s executive policy committee earlier this month said.

Coun. Ross Eadie (Mynarski), who has championed a new station for the North End for years, was relieved and enthused to finally see a decision made, despite initially opposing the Old Ex site the city decided was the best.

“In the end, yes, we have to use the Old Ex property to build the police station. The cost of private land is rising and the reality — what is available and what was an affordable price?” Eadie said.

“We have to have proper facilities for police service to operate out of.”

The move was also applauded by Coun. Markus Chambers (St. Norbert-Seine River), who also chairs the Winnipeg Police Board.

“The facilities at 260 Hartford are well beyond their shelf life and we need to address this critical municipal accommodation in the community … it affects the health and welfare of our officers and staff,” Chambers told fellow councillors.

The decision will mean separating a new archival and exhibit building, originally scheduled to built along with the police station. That plan would be pushed to a later date and a different site.