While that’s nearly 100 more new cases than he announced on Wednesday, Dr. Brent Roussin said that kind of daily fluctuation in numbers is expected — but it’s clear more work is still needed to bring Manitoba’s case counts down.

“We know that [this] is putting too much strain on our capacity in the health-care system. The numbers are too high,” the chief provincial public health officer said at a news conference on Thursday.

The number of people in hospital with COVID-19 has now climbed to a record 357, Roussin said. Fifty-two of those people are in intensive care, matching Manitoba’s high for the number of coronavirus patients in critical care in a single day.

“Now’s the time we need to just stay home and focus on reducing our amount of contacts, and we’ll start to see these numbers come down. The only way to achieve this is if we work together and all do our part.”

Twelve more people in Manitoba have now died from the illness caused by the novel coronavirus, Roussin said. The latest fatalities announced Thursday include a man in his 30s from the Interlake-Eastern health region and six other people linked to outbreaks in personal care homes across the province.

The death of a Winnipeg woman in her 60s announced previously has since been removed from Manitoba’s total because it was the result of a data entry error, Roussin said. That woman has the illness, but is now recovering, he said.

The update marks the second time in as many weeks the province has said it announced a COVID-19 death in error.

Roussin said that’s because of how quickly public health teams are working to get the province’s data updated. But because there are processes in place to reduce and correct errors, he said he still has confidence in the data he’s getting.

“Right from the beginning of this, we wanted to keep Manitobans up to date, to try to provide these numbers [in] as real time as we can,” he said.

“We’re doing this, day in and day out, seven days a week, so there’s going to be some errors like this. But what’s reassuring is we have a system in place to discover them and then correct them.”

One previously announced COVID-19 case was also removed from the province’s total caseload on Thursday because of a data correction, Roussin said, which brings the total number of cases identified in Manitoba to 17,750.

Manitoba’s five-day test positivity rate — a rolling average of the COVID-19 tests that come back positive — is down slightly to 13.1 per cent on Thursday, Roussin said. In Winnipeg, the rate is now 14.9 per cent.

An outbreak has been declared at the River Park Gardens Personal Care Home in Winnipeg, while outbreaks previously declared at homeless shelter Oscar’s Place in The Pas and in the 5 North and 5 South units in Winnipeg’s Victoria General Hospital are over.

The latest deaths announced in Manitoba, which bring the province’s total coronavirus-linked fatalities to 353, include two linked to an outbreak at Menno Home in Grunthal: a man in his 50s and a woman in her 90s.

There are now 8,268 people are listed as recovered in Manitoba, while 9,129 cases are still considered active — though Roussin has previously said that number is inflated because of a data entry backlog.

Sites where there were possible COVID-19 exposures are listed on the province’s website by region.

There were 2,913 more COVID-19 tests done in Manitoba on Wednesday, bringing the total number of tests completed in the province since early February to 362,973. 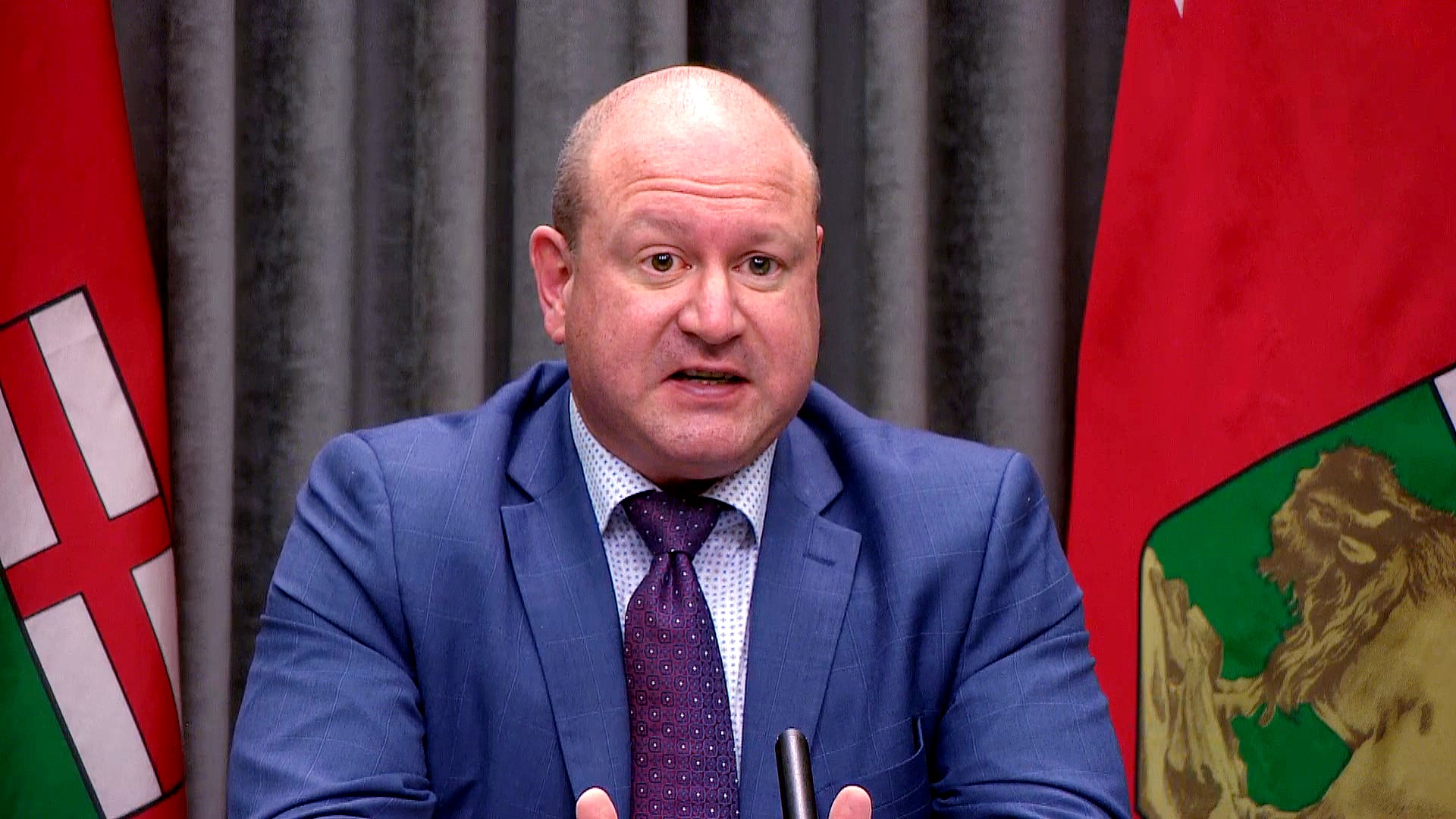