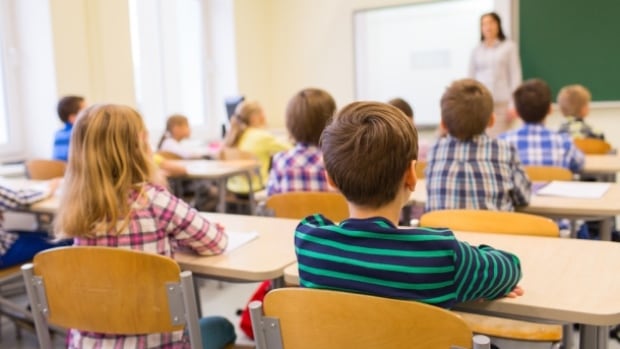 Manitoba’s public school system will get $20.8 million more in the next academic year, for a total $1.35 billion.

That’s a 1.56 per cent increase in funding over the current year, Education Minister Cliff Cullen said on Friday.

Cullen, who was appointed education minister in early January, also said the province “remains committed to modernizing Manitoba’s education system” to prepare students for post-secondary education, joining the workforce or starting their own business.

He did not elaborate. When asked to clarify, he hinted that something would come of the independent review of the province’s kindergarten to Grade 12 system in 2019.

The review, which is expected to force the amalgamation of school boards, was originally expected to be released publicly in March 2020 but was delayed due to the pandemic.

Manitoba has the third-highest spending per student in Canada at $14,815, after Saskatchewan and New Brunswick, yet Manitoba students often score well below their counterparts across the country in national assessments, Cullen said.

“And in fact, many times we’re very near the bottom in terms of outcomes,” he said.

“Clearly, that’s why we asked for the K-12 review. We now have that review in front of us and we look forward to bringing that review to Manitobans in the very near future.”

Cullen said the government will say “shortly” when the report will be available.

When it is released, the government will reveal its plan to improve the education outcomes for Manitoba students, he said.

Hours after announcing Cullen’s appointment last month, Premier Brian Pallister made clear his government intends to revamp the education system, which he called “very top-heavy” and in need of reforms.

The government will also freeze the education property taxes for the coming year and give school divisions a grant of $22.8 million to offset that revenue loss, Cullen said on Friday.

For the past two years, the province has demanded all school divisions hold the line on education property tax increases to two per cent.

“This year we’re asking them to freeze it at zero per cent,” Cullen said.

The offset grant is on top of the $20.8 million funding commitment.

Of that funding portion, $6.7 million is earmarked for base funding for public schools, a 0.5 per cent increase over last year, while $5.5 million is for special-needs funding, Cullen noted.

The province is also promising that school divisions will not see their per-capita funding reduced due to enrolment variations because of COVID-19.

Cullen said all school divisions will receive no less than 98 per cent of the operating funding they received a year earlier.

Some school divisions in other provinces, particularly Ontario, have floated the idea of cancelling March break in an effort to curb the spread of COVID-19.

Cullen said that’s not on the table in Manitoba.

“We think that teachers, students, and probably parents, require a break,” he said. “So the plans will continue forward with spring break as we know it.”

People are urged, though, to stay home and be mindful of the public health orders in place, and not travel for non-essential reasons, Cullen said.