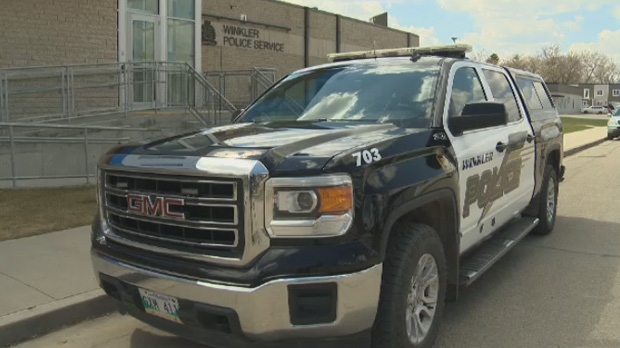 WINNIPEG — The Winkler Police Service said officers discovered about 70 bottles of alcohol in a stolen vehicle after a Liquor Mart in the community was robbed on the weekend.

Just after 4:30 p.m. on Saturday, employees at the Liquor Mart on Cargil Road reported to police that several suspects came into the store and took a number of bottles of liquor. They noted that one of the suspects was armed with a weapon.

Witnesses gave police a vehicle description, and officers discovered that the car had been reported stolen out of Winnipeg.

Just after 4:50 p.m., Morden police found the vehicle on a rural road and tried to do a traffic stop, but the car didn’t stop. After a short police chase, the car ended up stuck in a ditch.

Police searched the car and seized an edged weapon, a collapsible baton, and about 70 bottles of liquor.

Five people from Winnipeg – aged 14 to 19 – were arrested and are facing charges related to the incident, including robbery with a weapon.