WINNIPEG — The Winnipeg police said it is investigating incidents of graffiti at three locations in the city: the RCMP ‘D’ division headquarters, the Canadian Museum for Human Rights, and the constituency office of Northern Affairs Minister Dan Vandal on St. Mary’s Road.

A spokesperson for police said they were notified of the graffiti Wednesday morning, noting the three incidents are ‘likely linked.”

Images of the graffiti outside RCMP headquarters show monuments covered in red paint, some of which have profanities written on them. The building’s exterior has also been painted with the phrases: ‘Shut Down KKKanada’ and ‘Land Back.’

Images outside the office on St. Mary’s Road show graffiti saying: ‘U Fail Us Do Better,’ as well a similar phrases seen on the RCMP headquarters.

At this time, the graffiti is not being investigated as a hate crime. 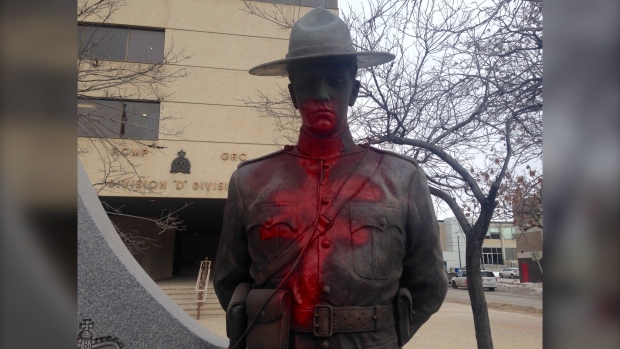 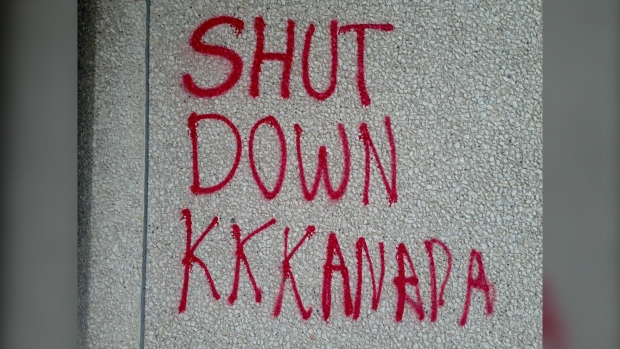