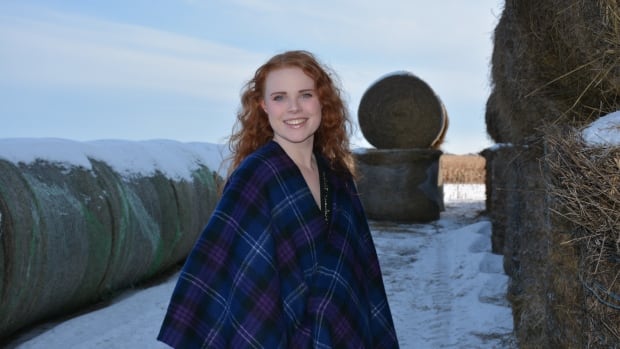 A Grade 10 student in rural Manitoba is setting out to change the law.

Christyna Caldwell says she’s been determined to close what she believes is a loophole in Canada’s criminal code after learning the story of how her family friend was kidnapped and sexually abused.

The 16-year old from Harding, Man., a small community about 240 kilometres northwest of Winnipeg, near Hamiota, has started a petition to lobby the federal justice department to add sexual interference to the definition of serious personal injury offences.

The current legislation “doesn’t specify whether they are an adult or a child, which is why there is such a big grey area,” said Caldwell, a Grade 10 student at Hamiota Collegiate.

That particular part of Section 752 of the criminal code, which already includes charges such as sexual assault, sexual assault with a weapon and aggravated sexual assault, is used when the courts are asked to have someone labelled a dangerous offender.

“They could have multiple counts of a serious personal injury offence, but it’s more serious when someone is offending against a child.”

Caldwell said she first became curious about the subject after hearing the story of Zach Miller, who, along with another boy, was abducted and sexually assaulted by Peter Whitmore in 2006.

The boys were repeatedly assaulted over the course of two days at an abandoned farm house in Saskatchewan. Miller’s disappearance triggered Saskatchewan’s first Amber Alert.

Whitemore was sentenced to life in prison in 2007. However, he has never been labelled a dangerous offender, despite being convicted and sentenced for several similar crimes against children in the past.

But Caldwell, whose family is now close with the Millers and met them after the incident, has always wondered how someone like Whitmore has never been given the designation.

The designation would have placed the onus on Whitmore to prove to the parole board he had been rehabilitated.

‘Someone just need to start the change’

“How could we change it and how could people like him be kept in prison, or people be made more aware that he’s out there,” Caldwell asked.

Caldwell said after some research, which involved speaking with an RCMP officer and Crown attorneys, she decided to lobby to have sexual interference labelled a serious personal injury offence.

She believes that would make it more clear to bodies like the parole board, which decide when offenders are eligible to be released from prison, that a particular offender has been convicted of crimes against children.

“My parents always talk about how someone needs to make a change and how someone just need to start the change,” she said. “So I was thinking, ‘what could I do to help?'”

Worst of the worst

Monique St. Germain, general counsel for Canadian Centre for Child Protection, said while sexual interference is included in another part of the legislation that could be used, adding it to the part relating to serious personal injury offences would make it easier for the Crown to argue for dangerous offender status.

“The dangerous offender provisions are really reserved for the worst of the worst in our society,” she said.

St. Germain said offences surrounding computer-related crimes against children are among those also not included in the current legislation.

Before starting the petition, Caldwell researched the topic for a 4-H speech she presented in her community, which she said the judges found to be quite advanced for her age.

Her petition, listed as petition e-2426 on the House of Commons website, has already garnered more than 150 signatures from across the country since it was launched last Wednesday.

She said she has heard nothing but positive feedback from people in her community and others she has spoken with.

“They’ve been so supportive of it and willing to share and talk with everyone about it,” Caldwell said. “It’s very cool.”

She needs 500 signatures by mid-May in order for it to be presented to parliament, and feels hopeful she will reach that as more people hear about her plight.

Her goal is to eventually see the definition of the law changed.

“I’m so excited,” she said. “It’s so cool to see it actually happen from just an idea to people taking it seriously and supporting it and sharing it. It’s really cool.”

CBC News reached out to the federal justice department on Monday for comment but hasn’t received a response.