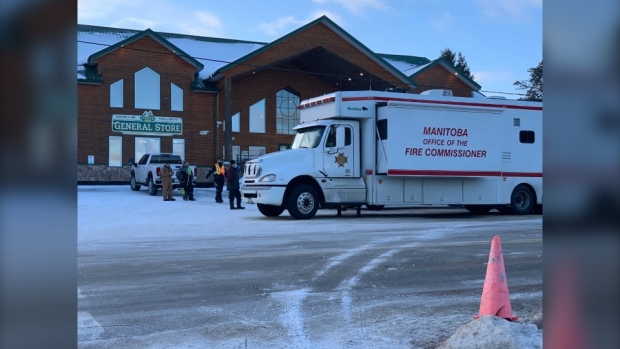 WINNIPEG — Manitoba RCMP has called off the search for a snowmobiler missing in Whiteshell Provincial Park since Sunday.

“Based on the factors we’re seeing now, we strongly believe the snow machine fell in the open water and didn’t resurface,” said Sgt. Paul Manaigre with Manitoba RCMP.

RCMP, along with more than 40 experienced snowmobile riders, combed the backcountry for more than two days in an effort to find LeMay.

LeMay, a father of three from Grunthal, went out alone on his snowmobile. He was staying at Pinewood Lodge on Dorothy Lake.

RCMP said he headed out to Rennie, approximately one hour south, at 4 p.m. to tow back a broken snowmobile.

At around 7:15 p.m., LeMay called his family to say he was lost and running low on fuel. He phoned back at 9:15 p.m., saying he thought he was close to the lodge. It was the last contact he had with family.

RCMP said with the currents, it is too dangerous to deploy dive teams.

“We’re going to have to wait for the spring melt, and hopefully, we’ll get some closure for the family,” Manaigre said.