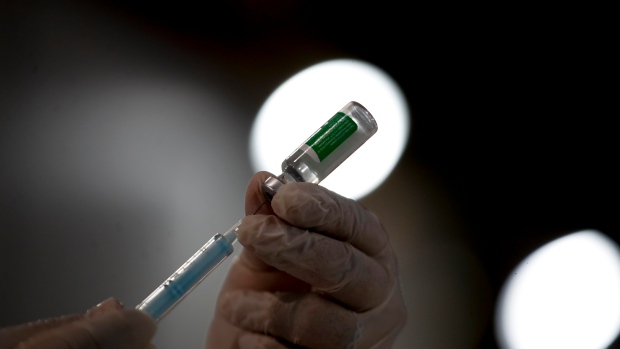 TORONTO — First it was 16 weeks, and now, in many provinces and territories, the wait between first and second doses of the COVID-19 vaccine is shrinking.

Ontario is the latest province to announce a timeline change for second vaccine doses on Friday. The announcement was made the same day the National Advisory Committee on Immunization changed its guidance, recommending second doses be offered “as soon as possible.”

With the vaccine rollout across the country in flux, CTVNews.ca breaks down where each province and territory stands on releasing second doses.

ALBERTA: The province has yet to make an official announcement on plans to shorten the time between doses, but is expected to do so early next week. However, Alberta’s chief medical officer of health, Dr. Deena Hinshaw, said that the province expects to be in a position where time between the first and second dose is shortened.

BRITISH COLUMBIA: The province announced on Thursday it would be cutting its wait time in half, recommending an eight-week gap between doses.

MANITOBA: On Friday, Johanu Botha, operations, planning and logistics lead for Manitoba’s Vaccine Task Force, said in an announcement that the province expects residents will have their second doses by the end of July. This announcement follows similar predictions made earlier in the month.

NEW BRUNSWICK: Dr. Jennifer Russell, the provincial chief medical officer of health, said on Wednesday that New Brunswick would provide second doses in the weeks ahead. A formal timeline was not given. Second doses of AstraZeneca vaccine are already available to some.

NEWFOUNDLAND AND LABRADOR: The province has yet to release an official statement on whether time between doses will be shortened. According to the government site, second doses will be administered between July and September.

NOVA SCOTIA: On Wednesday, the province announced it would be reducing the gap between doses by two to four weeks, beginning in early June.

NUNAVUT: According to the government website, second doses of the vaccine are already underway in the territory, with around 57 per cent of adults in Nunavut already fully vaccinated.

ONTARIO: On Friday, Premier Doug Ford announced that Ontario would be opening up access to second doses beginning next week for those aged 80 and up. Second doses will open up to other age and demographic groups after that. AstraZeneca second doses are already available.

P.E.I.: Chief Public Health Officer Dr. Heather Morrison said that public clinics in the province will be reducing the time between vaccine appointments from 16 weeks to 12 to 14 weeks. According to the province’s new five-step plan, 50 per cent of the residents 12 and up are estimated to be fully vaccinated by Aug. 8.

SASKATCHEWAN: The province announced on Wednesday that second doses of AstraZeneca will be made available to residents in the coming weeks. As of Saturday, anyone over the age of 70 or those who received their first dose before March 15 can now book their second. The province said in a statement Saturday that those with cancer and those who have had organ transplants will receive a letter in the mail that can give them priority to receive a second dose.

YUKON: Second doses are already underway in the territory, with scheduled clinics offering second doses to people over the age of 18.