Calling it an opportunity for awareness “to really shine a bright spotlight into the darkness,” Winnipeg Mayor Brian Bowman announced a week dedicated to exposing and confronting racism in the city.

“We understand the negative impact of racism cannot be eradicated if we do not acknowledge it exists,” Bowman said on Monday, as he unveiled plans for the city’s first ever anti-racism week March 21-27.

It’s a topic Bowman has been targeting nearly as long he’s been mayor. In 2015, one year after winning his first term, he choked back tears as he addressed a Maclean’s magazine article that called his city the most racist in Canada.

“Racism is still very real and it requires an unrelenting resolve from all of us pushing it back,” Bowman said on Monday. “We can’t let racism fester in any corner of our community.

“These are difficult conversations … and this week is intended to really encourage them.”

Anti-racism week will kick off with a virtual launch event at 2 p.m. on March 21 to coincide with the International Day for the Elimination of Racial Discrimination.

A number of initiatives have been organized for the days following, in the hopes of starting a city-wide conversation exploring ways to identify and eliminate systemic racism, Bowman said. 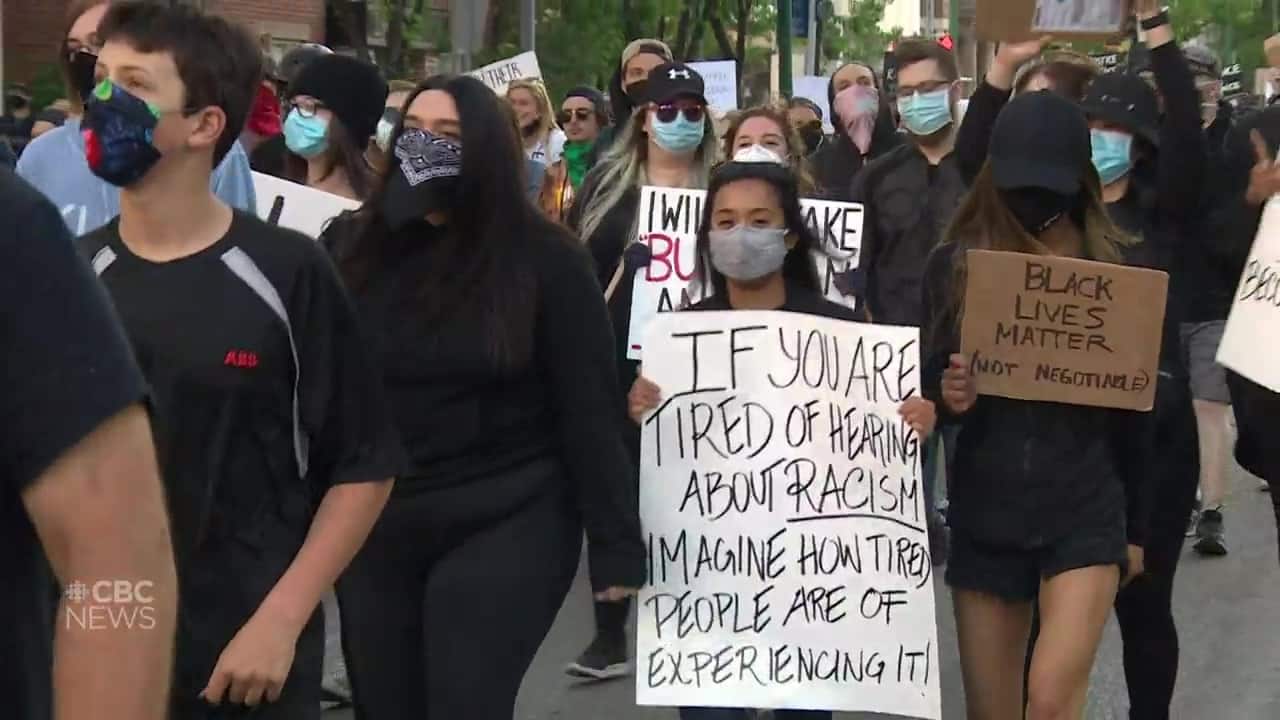 Calling it an opportunity for awareness “to really shine a bright spotlight into the darkness,” Winnipeg Mayor Brian Bowman announced a week dedicated to exposing and confronting racism in the city. 2:20

The week-long event is being organized by the city in conjunction with Immigration Partnership Winnipeg, the Winnipeg Chamber of Commerce, Treaty Relations Commission of Manitoba, Elmwood Community Resource Centre, Manitoba Association for Rights and Liberties, Human Rights Hub and Black History Manitoba.

“We know we will not solve racism in one week. This is about more than just one week, this is a journey that will take time and the work we are doing during this week is a starting point for us,” said Mike Ruta, the city’s interim chief administrative officer.

“We know we need to do better and are confident we can.”

Asked if he’s seen any improvements since he first addressed the public following the Maclean’s article, Bowman said Monday he believes the dialogue has become more public, which is a key step toward any resolution.

“When I provided a response to that Maclean’s article, I said it’s unlikely we’re going to actually eliminate racism, but we’re going try. And that’s what we continue to do,” he said.

He listed off a number of things he has overseen, including the creation in 2015 of One: The Mayor’s National Summit on Racial Inclusion, and then declaring 2016 as the Year of Reconciliation, which involved mandatory diversity training for all city staff.

Another initiative is the Welcoming Winnipeg policy to deal with outdated names and monuments that pay tribute to the colonial views of the city’s past.

In spite of it all, systemic racism exists at every level of government and in every department of those governments, Bowman said

“Until we get to a point where no one feels like a second-class citizen, we gotta keep working at this as a community in an honest way,” he said, noting that in the coming weeks all City of Winnipeg employees, including elected officials and the mayor himself, will take part in anti-racism, anti-oppression and cultural competency training.

Following his claims the city has taken major steps, including diversity training for staff, Bowman was challenged by reporters who cited a Feb. 26 letter written by James Van Gerwen, executive vice-president of the city’s  Amalgamated Transit Union.

In the letter addressed to Bowman and CC’d to Ruta, Van Gerwen says most of the union’s membership has yet to receive the training on Indigenous awareness — five years down the road.

And those who did get it were in a watered-down two-hour session rather than the two-day program originally promised, Van Gerwen said.

He also noted that Transit accounts for 10 per cent of the city’s workforce, and 60 per cent of the drivers are “diverse ethnic immigrants.” They interact with the public on a daily basis and face “a barrage of racial profanities,” Van Gerwen wrote.

His letter says the city is failing to live up to its responsibilities as an employer and Van Gerwen wants an investigation as to why the mandated training — which could also help drivers cope with the verbal assaults they face — has not been provided.

Bowman’s response was to repeat the aim of the upcoming anti-racism week — to encourage the dialogue that will shed a light on those problems. He also referred again to the programs the city has already pursued.

As for the training Van Gerwen says drivers have not been given, Bowman countered by saying it has been provided to all members of the public service “and [it] was a great learning experience.”

The level and length of training differs depending on what a person’s job is with the city, Bowman said.

The two-day training was only for senior managers while councillors, including himself, were given half-day training sessions.

The fact that transit employees want more “is good to see,” Bowman added.

When it was pointed out to Bowman that the Van Gerwen letter explicitly states that transit drivers were promised two-day training and two-thirds of them have not yet received it, Bowman said he “will respond to ATU directly.”