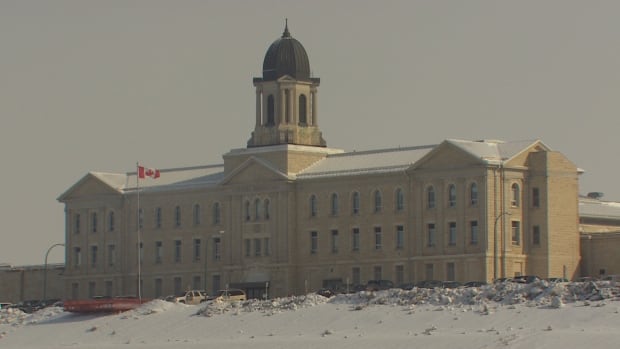 An inmate at Stony Mountain Institution in Manitoba has died from COVID-19, the Correctional Service of Canada announced on Monday.

Officials have not released the name or age of the inmate, who died in hospital on Dec. 27. A coroner will conduct a review of the circumstances surrounding the death, the CSC said in a news release.

This marks the first COVID-19 death of an inmate linked to an outbreak at a Manitoba correctional facility, and the third federally sentenced inmate in Canada to die due to the virus since the start of the pandemic.

The Stony Mountain Institution outbreak is the largest in a Manitoba prison, with 316 inmate infections and 33 staff infections as of Dec. 24.

There have been nine outbreaks in Manitoba correctional facilities, leading to 834 total infections — 144 staff and 690 “non-staff.”

Earlier this month, the CSC announced the death of another inmate, Melvis Owen, on Dec. 15. The cause of Owen’s death has not been released, but it is not currently listed as being related to COVID-19.

The service is reviewing the facts and surrounding circumstances of Owen’s death, and a decision regarding the launch of National Board of Investigation will be made in the coming weeks, a spokesperson said.