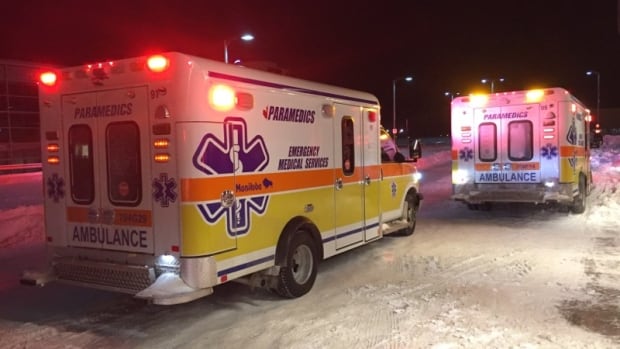 Four Winnipeg firefighters are no longer on active duty after an investigation found they showed implicit bias and lack of concern for a seriously injured Indigenous patient’s physical and emotional well-being, CBC has learned.

Sources confirmed the members of the Winnipeg Fire Paramedic Service have been placed on administrative leave.

The four firefighters were involved in a call where there were delays in getting a patient to the hospital last October.

The incident was the focus of a report by an independent investigator, who found racism played a role in how the Indigenous patient was treated at the scene.

Alex Forrest, the president of the United Fire Fighters of Winnipeg declined comment on the decision to place the four on leave.

The investigation rose out of a complaint from a paramedic who attended a call about a 23-year-old woman on Oct. 7, 2020. The woman had a self-inflicted stab wound to the neck.

According to the report, done by external consulting firm Equitable Solutions, the paramedic alleged he was delayed in transporting the patient to the hospital because of a disagreement between two firefighters on scene about who should come along in the ambulance, and that the firefighter in question “blatantly refused” to help him.

Investigator Laurelle Harris found that it was “more likely than not” that the firefighter didn’t want to help a paramedic with a seriously injured Indigenous patient because of past concerns the paramedic had raised about racist Facebook posts made by WFPS members.

Harris also found that the other firefighter who did not help the paramedic was likely motivated by the “racial animus he bore towards the complainant,” who presented as a person of colour.