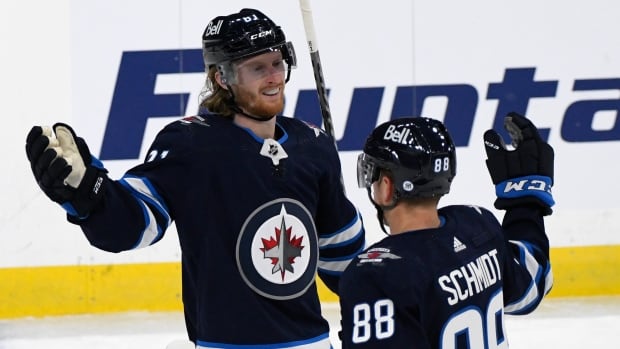 The Winnipeg Jets pre-season will begin with a game against the Oilers this fall, followed closely by an event commemorating the late Jet Hall-of-Famer Dale Hawerchuk.

The Oiler game will take place in Edmonton Sept. 25, followed by the first home game at Canada Life Centre against the Ottawa Senators on Sept. 27. Then, the team heads to Quebec to take on the Montreal Canadians Sept. 29.

After that slate of games comes the inaugural Season Ticket Member Appreciation Game on Oct. 1 in Winnipeg against the Oilers. Season ticket holders will have access to benefits such as a chance to sing the national anthem or be a guest PA announcer.

Ahead of that game the organization will hold a statue unveiling ceremony in True North Square honouring Hawerchuk. His family, Jets alumni and other special guest will be present, according to a Jets news release.

The former Jets centre and Hockey Hall-of-Famer died in August 2020 of cancer.

Pre-season play finishes with two games against the Flames: the first in Winnipeg on Oct. 5, the second in Calgary on Oct. 7.

Puck drop for all pre-season home games is 7 p.m. CT.