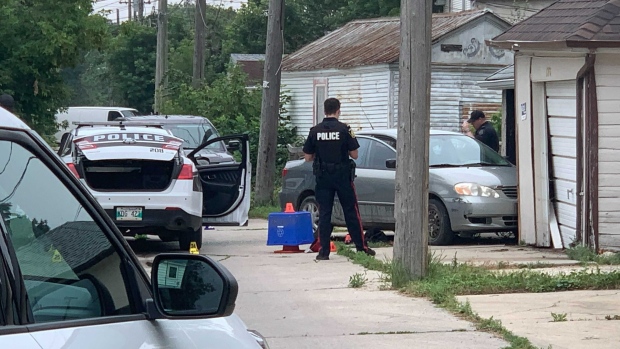 WINNIPEG — A Winnipeg police officer fired their gun on Wednesday as a car drove directly towards a police unit.

The incident began around 11:30 a.m., when officers attempted a traffic stop in the area of Brazier Street and Johnson Avenue.

According to police, the driver of the car didn’t stop and kept driving extremely slowly.

Police allege that when more police units came to the scene, the suspect suddenly accelerated the speed of the car and started to drive directly towards one of the units.

An officer shot their gun, hitting the suspect’s car, which then swerved and collided with a nearby garage.

The suspect wasn’t hurt and police took him into custody. However, an ambulance did take him to the hospital for unrelated medical precautions.

A 39-year-old Winnipeg man is facing a number of charges, including two counts of assault a peace officer with a weapon.

None of the charges have been proven in court.