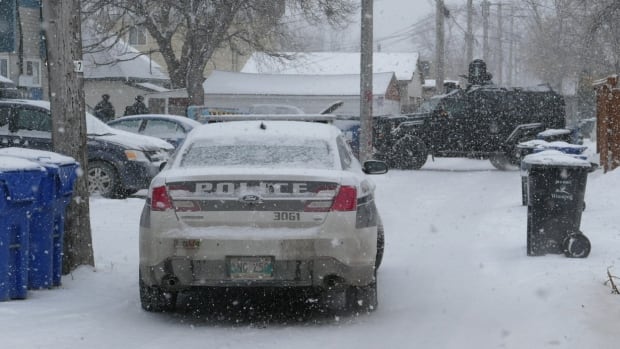 Winnipeg police are asking people to avoid an area in the city’s Daniel McIntyre neighbourhood Saturday afternoon, where the Winnipeg Police Service’s armoured vehicle and members of the tactical support team have been outside a home since the noon hour.

Officers are executing a warrant at a home on McGee Street near Wellington Avenue, the Winnipeg Police Service said in a news release.

Police say they believe there could be firearms inside the home, so members are taking precautions as a result.

No injuries have been reported.

The armoured vehicle and police cruisers could be seen in a back alley on McGee. Police vehicles were also seen nearby on Agnes Street.

Officers were still at the scene as of 5 p.m., a police spokesperson said, adding that they may remain there in the evening.

Police are asking members of the public to avoid the area for safety reasons.