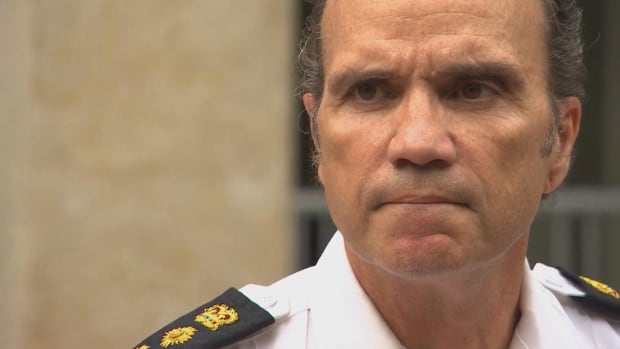 The chief of the Winnipeg Police Service has committed to undertaking an external review of the service following calls to address a serious morale crisis among staff.

In a memo to WPS staff sent Tuesday, Chief Danny Smyth says he will work with the Winnipeg Police Association, the union representing police officers, to facilitate a third-party review to get feedback on what could be done to improve morale within the service.

This comes after the union said it was seeking an outside organization to conduct an assessment of the police force.

In the memo, Smyth said he accepted recent criticism of his leadership and would try to learn from it. He also acknowledged that it has been an unprecedented year for the service between working through a pandemic, and “the groundswell of animosity unleashed in the wake of the murder of George Floyd.”

George Floyd was a black man who died under the knee of a white police officer in Minneapolis, Minn. last summer. His death sparked protests across the U.S. and spread to Canada and cities worldwide, calling for an end to racial injustice and police brutality.

“Today, I see the impact of that constant criticism and antagonism. I see the real and lasting harm that this has done to the women and men of the WPS who continue to serve the community,” Smyth wrote.

In an email, Winnipeg police spokesperson Const. Dani McKinnon reiterated Smyth’s comments, saying the police chief is committed to working with the Winnipeg Police Association to undertake a third party review that would involve “reaching into the service to get feedback and a perspective on things that could improve morale.”

In recent weeks, officers have told CBC News that morale is the worst they’ve ever seen, in part due to the recent suicide of a police officer and anger toward how Smyth dealt with it. They said they were upset that Smyth did not quickly communicate concern for the death of the constable who killed himself or attend the first of two memorial processions arranged by officers.

Further, they said before his death, the officer was profoundly impacted by the pressure and criticism brought on by the social movements to reform and defund police services.

Some officers told CBC that they felt Smyth and senior management have done little to communicate to the rank and file members about the impact of the Black Lives Matter and defund the police movements.

In an email to its members, the Winnipeg Police Association says Smyth’s memo shows that the police chief seems to be confirming that the service is facing a serious situation in terms of low morale.

“This has been obvious already, based on the feedback I continue to receive from members every day, but the chief himself now even sees the need to proceed with our recommended next step — obtaining an independent assessment of the state of the morale of our members, working with qualified expertise,” wrote Winnipeg Police Association president Moe Sabourin.

“This data will help to draw a complete picture of the morale problems our service is facing and the gap that needs to be bridged by leadership — and if it comes to that, new leadership — of the WPS.”